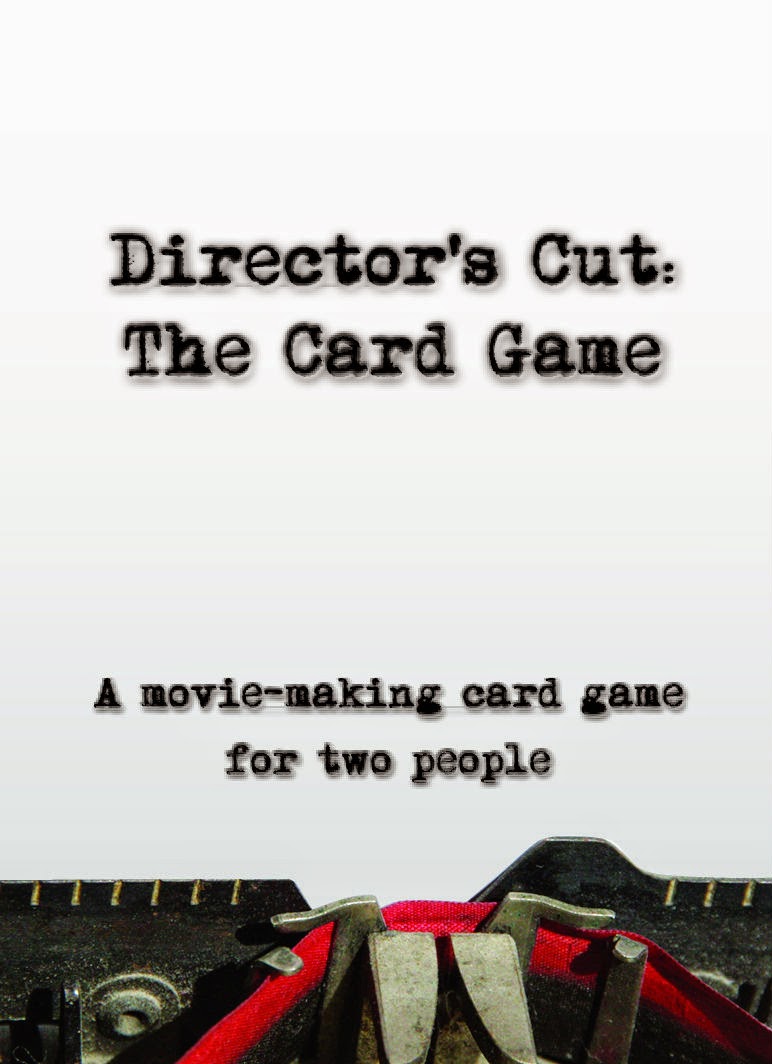 My first game, Director's Cut: The Card Game, is a two-player set collection and hand management game. it is available on DriveThruCards.

In Director's Cut: The Card Game, players are Hollywood movie producers in the early 20th century. Each player will try to put together the best movie-making teams in order to maximise the profit from each movie they make.

As movie producers, players will hire cast and crew from a central shared market, while trying to deny their opponent access to key cast and crew members. Once a player has assembled a set of cast and crew cards, they will play these cards to produce a movie from a shared set of screenplays. Each screenplay has its own set of cast requirements and awards cash and other bonuses, based on the quality of the production. The richest player at the end of the game is the winner.

Because this game is played by only two players, competition is fierce and the amount of player interaction is high. You will have to make tough calls about when to deny your opponent access to particular actors, directors, composers and film editors, when to hold on to cards to score a better screenplay, and when to sneak a screenplay through before your opponent can grab it themselves.

A game of Director's Cut: The Card Game is over as soon as the draw pile of cast and crew is exhausted, meaning games are kept to a tight 15-minute duration and in-game resources are scarce.

Director's Cut: The Card Game costs $9.99 on DriveThruCards. In a very portable set you will get:

No other components are needed to play a full game. Director's Cut: The Card Game is suited to fans of set collection and resource management, movie buffs, families, and those looking for competitive two-player titles.

"All in all I have very much enjoyed Director's Cut. It is one of the card games that I always place in my bag or pocket "just in case". It can be taught to new players in a matter of minutes and is a perfect way to spend 15 minutes between games, or waiting for people [...] it is a very elegant 2 player game."
Club Fantasci Review

"Overall, I enjoyed this game very much. The artwork is simple yet elegant, and the cards and mechanics all function easily and allow for a smooth and constant game play. [...] Fans of light card games, fans of vintage Hollywood, or anyone looking for some lighthearted quick fun should definitely check out this game."
Jim Stevens BGG Review