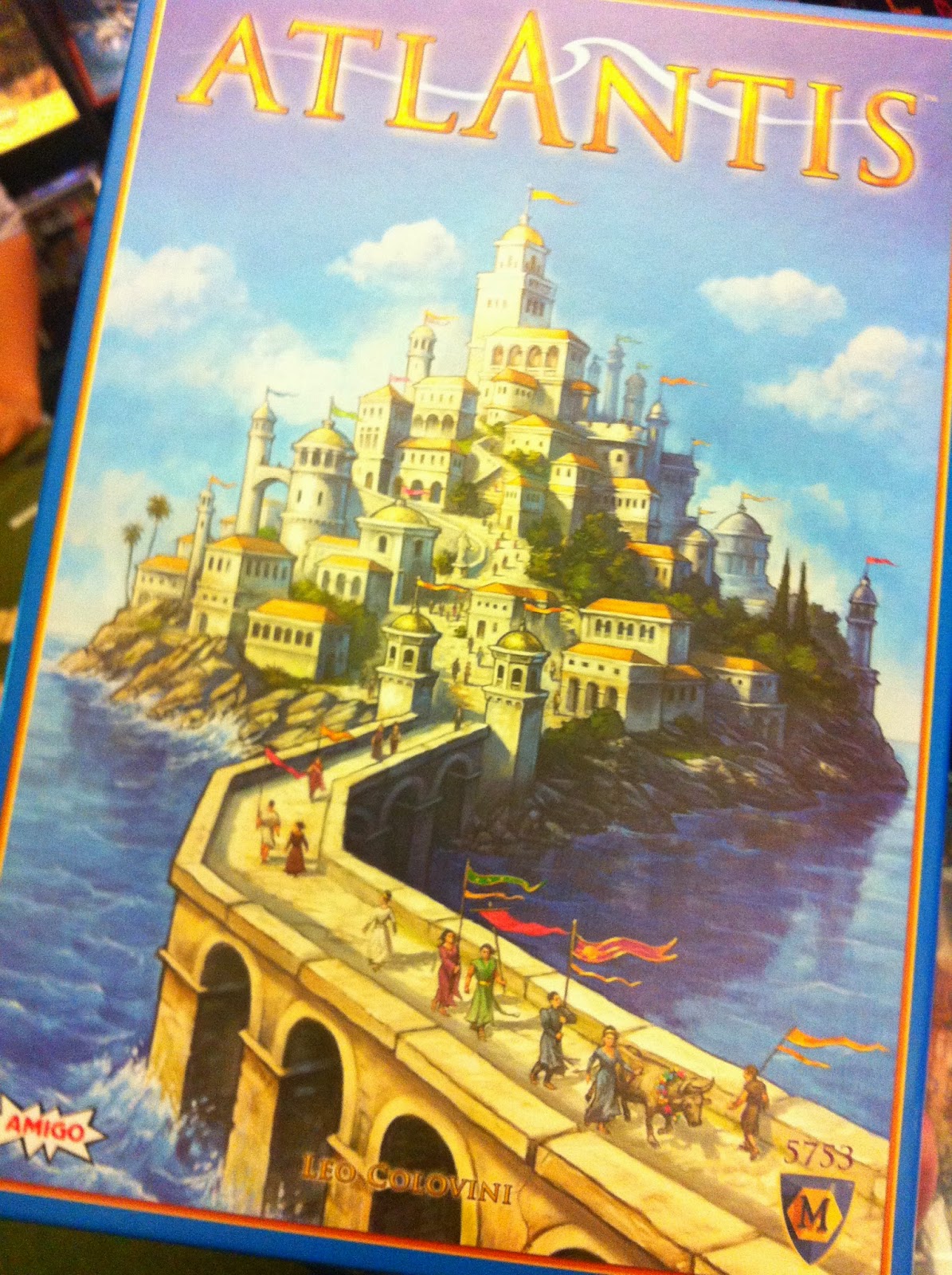 Atlantis is sinking! And instead of working together to assure the survival of our people, let's be assholes about it! Racing to the mainland, trying to sabotage one another and gloating as our countrymen drown! Atlantis is a racing game which had my whole game-group yelling and smiling throughout.

So each player has three tokens (representing people) in the city of Atlantis. Ahead of us, we have one long, narrow land-bridge made up of a single row of tiles. On your turn, you play a card from your hand, which lets you move a token of your colour along the land-bridge to the next tile that matches the played card's suit. Once you stop moving, you take the tile immediately preceding you - it has a value and goes to your treasury - and if there are no tiles beneath it when you remove it, you replace it with a water tile. 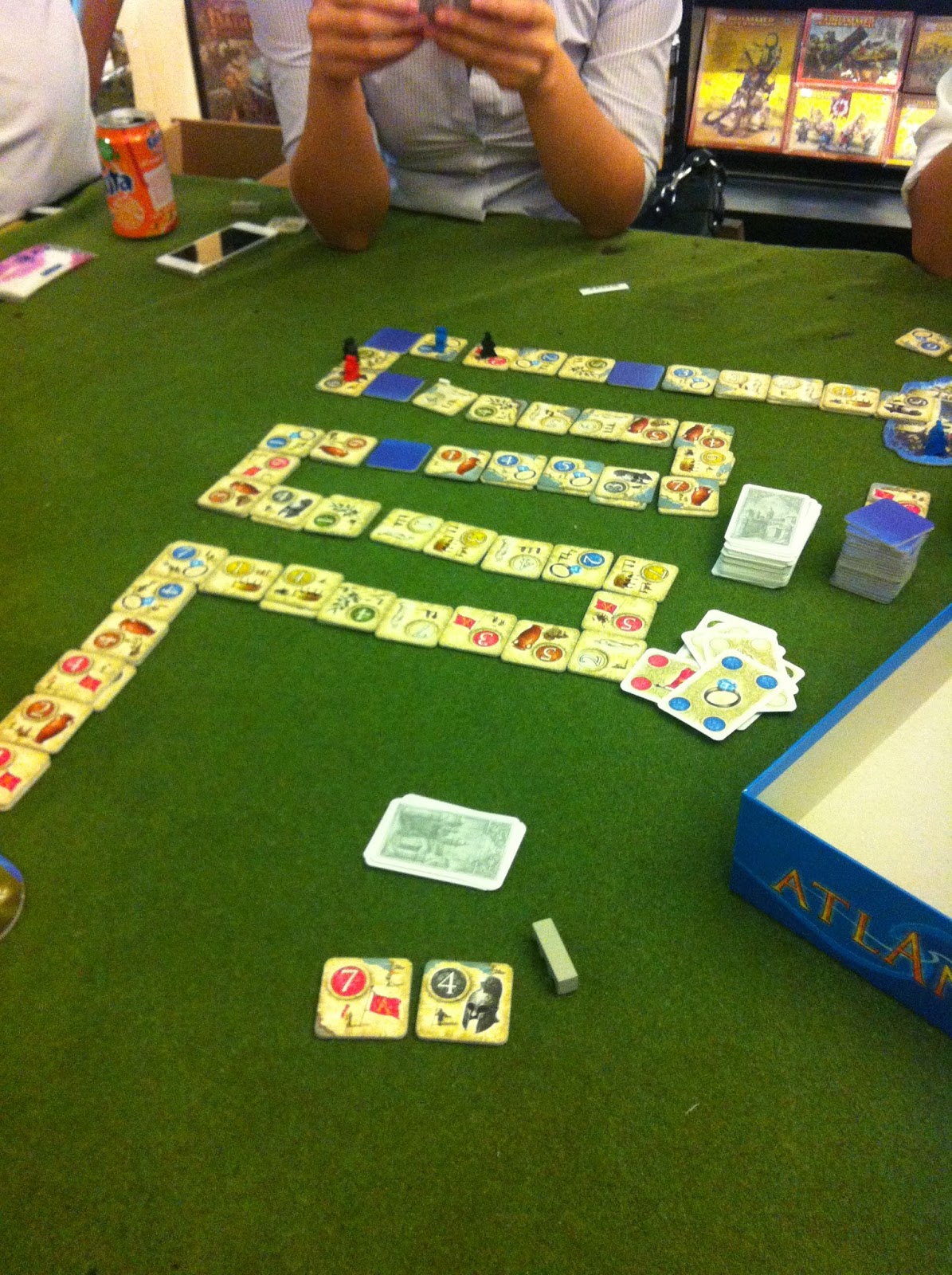 Now, this is where things start to get fun. Every time you need to cross a water tile, you need to pay (it's cost is determined by tiles either side of it). You can pay with previously gained tiles or with the cards in your hand. Each turn becomes a dangerous balancing act of trying to grab valuable tiles to pay off the ever mounting water-crossing fees as more and more parts parts of the land-bridge sink into the sea. As safe tiles become fewer in number, and because each tile can only hold one player token, your options become increasingly desperate and exciting.

Do you go into your valuable card supply to jump further ahead and create more trouble for those behind you, but then face potential trouble on your next turn? The long, long row if tiles is ever-changing as players move, with new gulfs opening and strategies changing. Risk and random chance (of card draws) become ever more important as the game progresses.

Once a single player gets all of their tokens to the mainland, the game ends and the winner is whoever has the most money (collected tiles and cards). 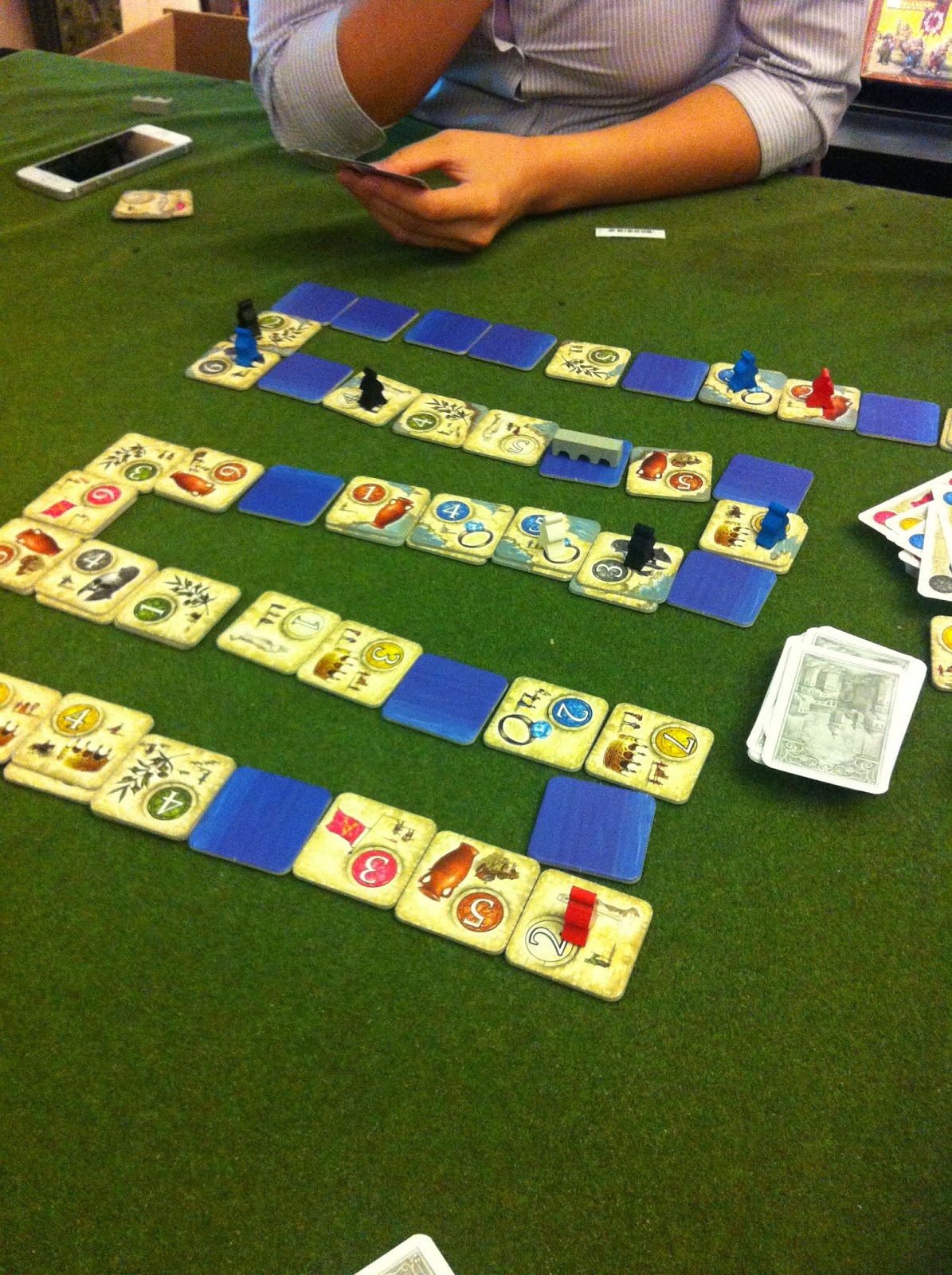 Overall, I had a great time with this game - it created really fun table-talk and in the late-game it's possible to pull off some awe inspiring moves (as you leapfrog over opponents in some cool, three card combo) - but the game certainly has its negative points.

The main problem is that turns take far too long! Because the board is always changing, it's actually pretty hard to plan more than one move ahead - and often even that's not possible. So though moves are simple, players have to keep stopping to reassess. And trying to figure out the combined costs of all the water tiles that you pass only exacerbates this.

Next, some players will not like that the choices you make in this game are kind of limited in their nature. You choose which of your three people to move and movement is in one direction and limited by the cards you have available. Personally, I don't mind - the game is about a couple of main mechanics and you play within those rules. 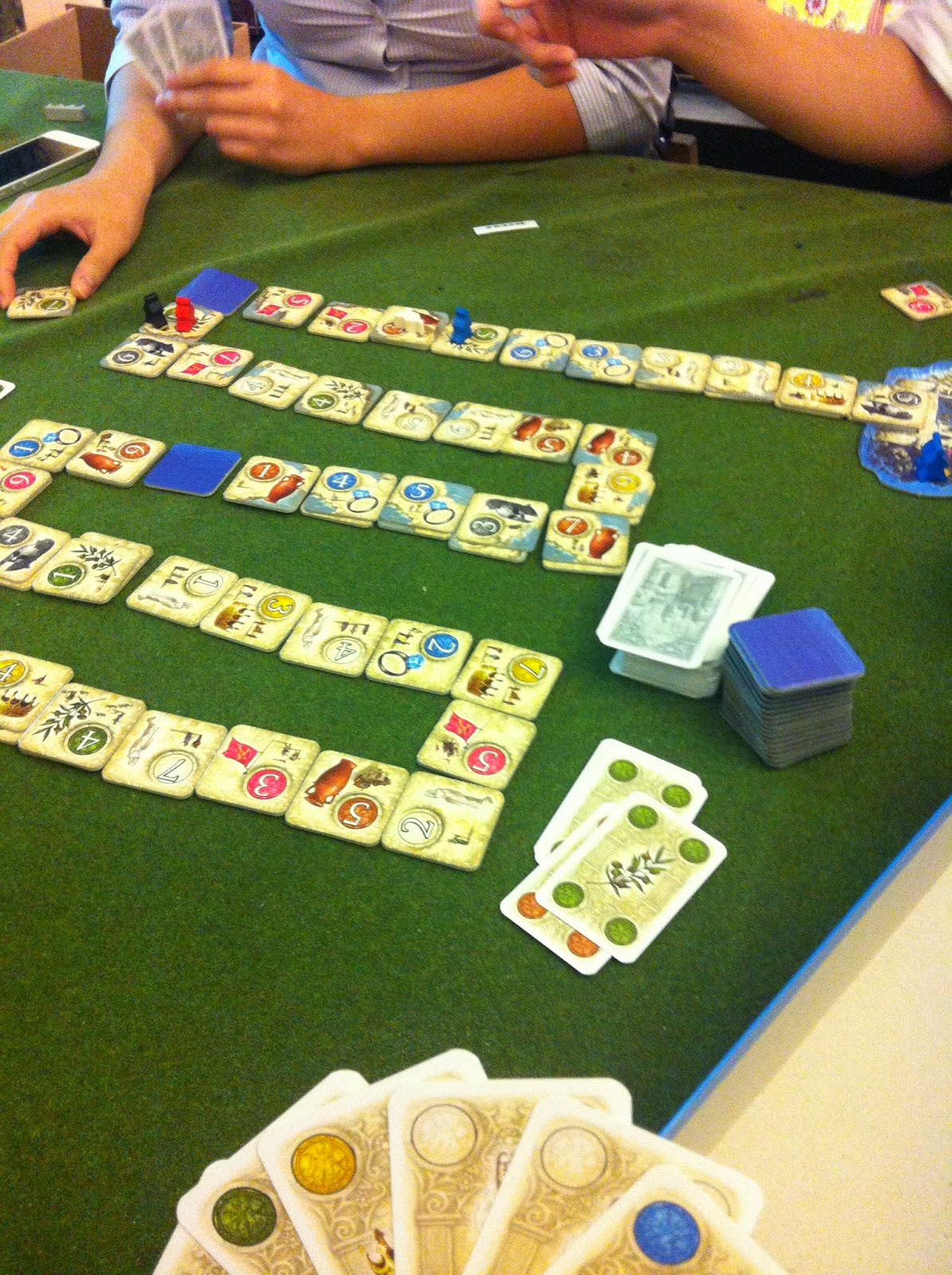 Ultimately, Atlantis does a really good job of creating a racing game feeling with a nice theme, simple gameplay, and plenty of interaction between players. It would be particularly suited to families with children (there's a decent chunk of simple math and risk assessment involved) and more relaxed game groups who want a simple and fun 30 minute game.