You and three friends are a group of explorers with balls of steel. That, or you're all insane. Together, you will search the depths of the Forbidden Island -- a place full of treasure, which is quickly conspiring to send you to your doom! Forbidden Island is a personal favourite of mine.

Players work as a team to try and collect four artifacts from the Forbidden Island. The game board is made up of twenty-four double sided tiles. As players take their turns, parts of the island sink and these tiles are flipped over to indicate this. On each players turn, they must make the effort to 'shore up' these flooded tiles (flip them back to their safe position) and collect cards to exchange for one of the four treasures. If tiles are flooded a second time, without another player shoring them up, then those tiles are removed from the game. The board gets smaller and smaller and sinks away at a faster and faster pace. Players must be careful with which island tiles they choose to save so that they can continue capturing treasures, don't trap themselves on an isolated tile or lose their base tile, The Fools Landing.

Forbidden Island is fairly simple, which makes it easy to teach, but a lot of complexity comes from the random nature of the board and card draws. During each player's turn, a number of location cards are drawn, which indicate which tiles are flooded during that turn. Then, when the player draws their treasure cards (of which they need four of a kind to gain a treasure at a designated tile) there is a chance of drawing the card 'Waters Rise'. This card causes the flooding on the island to intensify. Cards representing previously flooded tiles are shuffled together and replaced on the top of the flood deck, meaning they will be quickly drawn again and cause tiles to be lost. Further, once players have drawn 'Waters Rise' a few times, they must increase the number of flood cards drawn each turn. The whole experience get's deliciously stressful!

Forbidden Island really has to be played with four players. Theoretically you can get away with fewer, but I don't see the point. There's a lot of group negotiation and co-operative puzzling over the optimal moves that each player can make. This can provide plenty of fun, provided you are an active player. I've seen games of Forbidden Island where a more passive player essentially has their moves made for them by the more confident and experiences players. As you watch a teammate execute a horrible move, it's incredibly difficult to avoid jumping in the there and bossing them around.

Move are simple, quick and often made as a team. This ensures that all players remain engaged throughout, which is a really skill when you consider how simplistic the game can be at it's core.

The game is difficult enough to encourage this sense of engagement, and I fondly recall my first set of playthroughs, where all players were on the edge of their seats while the treasure cards were drawn: "First card is the lion and next.... Waters rise!" Cue yells of "Use your sandbags!"

The cards and tiles in Forbidden Island are all well printed with some fantastic artwork. My major gripe with the game is the moulded-plastic treasures, which I find to be very uninspiring and cheaply produced. Having said that, it is wonderful to have physical treasures to hold as a reward for your hard work and the three dimensional objects work much better than cards or tokens would. The entire game is shipped in a metal container, which I've heard mixed opinions about. Personally, I don't care -- I'm more interested in the gameplay components -- but some players love the professional finish this metal box provides. I would rather get the game in a cardbox box and have nicer treasures inside.

One complaint that more seasoned players may have about Forbidden Island is that it is quite easy. If players pay attention to which cards have already been drawn and remember to use their skills, they are unlikely to lose on the beginner or normal difficulty.

The simplest way to make the game more difficult, even though this sounds counter-intuitive, is to skip the step of pre-sinking six tiles at the start of the game. This means that the starting players don't have much to do, but by the time the 'Waters Rise' card gets drawn, you have far fewer cards in your flood discard pile. Subsequently, the dangerous cards are drawn quicker and the island sinks quicker. This is how I first played this game, by accident, and we didn't win until our third playthrough with this variation.

You could also change the board shape, but I haven't really experimented with this. Perhaps a layout with a three-tile-width would offer significant difficulty. If anybody tries it, let me know how it turns out.


As a Successor to Pandemic

I can't write a review of Forbidden Island without mentioning Pandemic, with which Forbidden Island shares the same designer. Both are cooperative and use a bunch of the same mechanisms -- such as the method of intensification and the sense of a countdown. I do think that Forbidden Island is unique enough that it deserves to be treated on its own merits. But then, if you already own Pandemic, you should think long and hard before adding Forbidden Island to your collection -- and vice-versa.

Both Forbidden Island and Pandemic have a similar vibe and they both create that strange mix of anxiety ridden joviality around the table. Pandemic is certainly the more complex of the two games, but I don't think that this necessarily makes it better. Sometimes it's complexity and difficultly really comes down too much to randomness in the card draws and a game outcome can feel down to the whim of luck. Losing in Forbidden Island feels painful, but it's easy for players to understand why it happened. Losing in Pandemic sometimes just feels a little unfair, and after all that work, a real pain the ass. Maybe I'm just too much of a baby!


Ultimately, Forbidden Island is quite straightforward but has a pleasant degree of depth. It's the perfect game for more casual boardgamers and a lovely piece of escapism for those who consider themselves to be more dedicated gamers. The board looks great when you set it out and is a very inviting experience. You may find it to be a perfect game to help sway those non-boardgamer friends of yours.

No big deal. The pieces are coloured but are chosen with sensitivity. The treasures are also represented with icons, so their colour is not important. 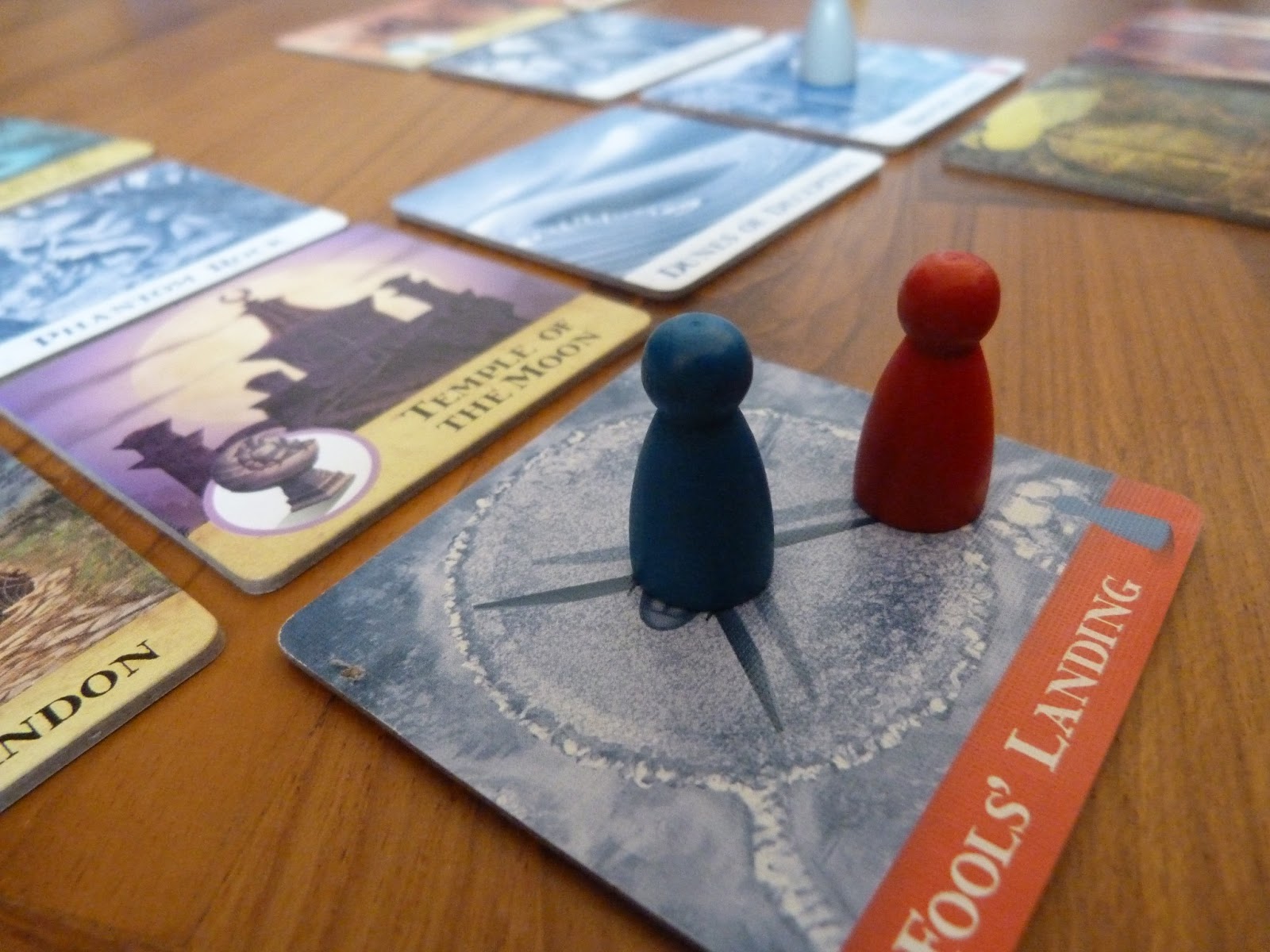