Ascension on the iPhone/iPad is one of my absolute favourite mobile games. You can check out a review of the base game here and see for yourself why you should own it.

Once you've busted out the base game a bunch of times, you'll no doubt hanker for some more variety and wider strategic options, this is where the overpriced, but fairly heavy DLC (down-loadable content) comes in to play. There are currently three DLC options, which are all based off real life expansion packs for the cardboard version of Ascention. 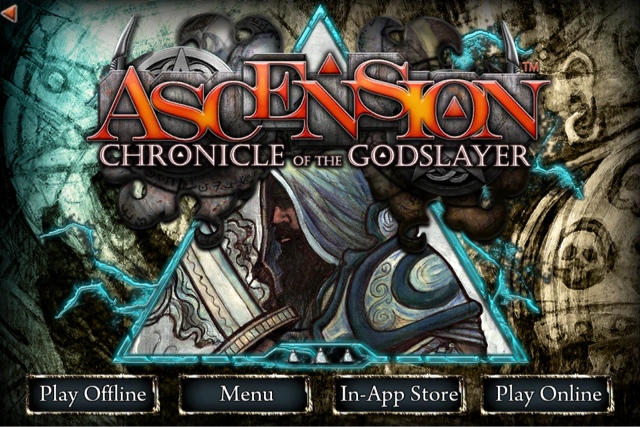 Return of the Fallen


Return of the Fallen gives us a new mechanic known as "Fate". This basically means that when certain cards are introduced into the middle board, they have an effect on players or other cards. This adds a little variety and chance to the game, but almost no strategic depth -- simply if chance decides that one of these cards should come up, then something happens. That's all. You get about 65 cards in this piece of DLC, which includes the new fate cards, monsters and other assorted bits and bobs. You can play it by itself, as a two player game, or you can add the cards to the base game and the other DLC. 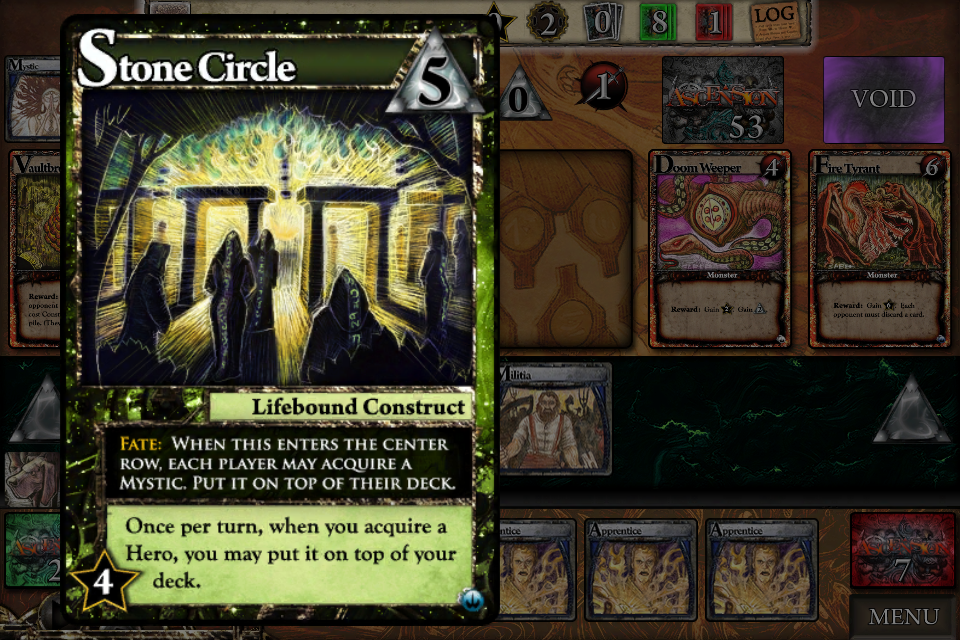 This is the biggest of the three available expansions and can even be played by itself, as a four player game. It introduces one of my favourite mechanics, the "Event". Event cards come out at random and effect all players in the game. Upon initial appearance (actually triggered by other cards), they either have a one shot effect, like fate cards do, or a lasting effect encouraging you to kill enemies or acquire constructs for instance. Then you can use the event's special ability by killing and sacrificing a new low-level enemy, "The Fanatic"! 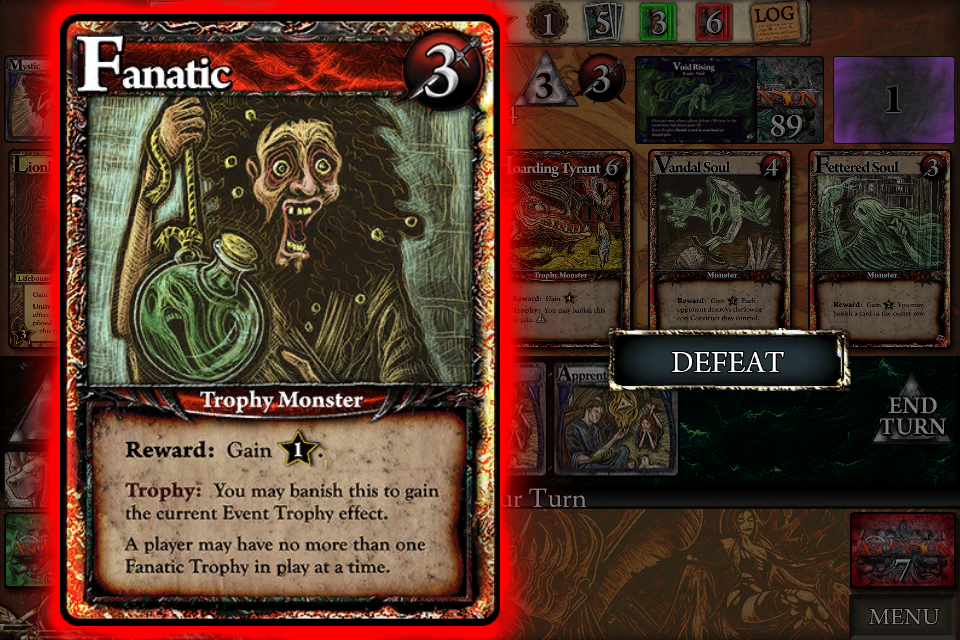 Fanatics are always available for routine butchering, like the cultist is, though they cost one extra attack point. By adding this complexity, the event cards allow for much more strategic depth and variety to a game. An event might stay in play for the entire duration of a game, and if that event favours lifebound heroes over mechana constructs, for instance, you are likely going to have quite a different play experience. 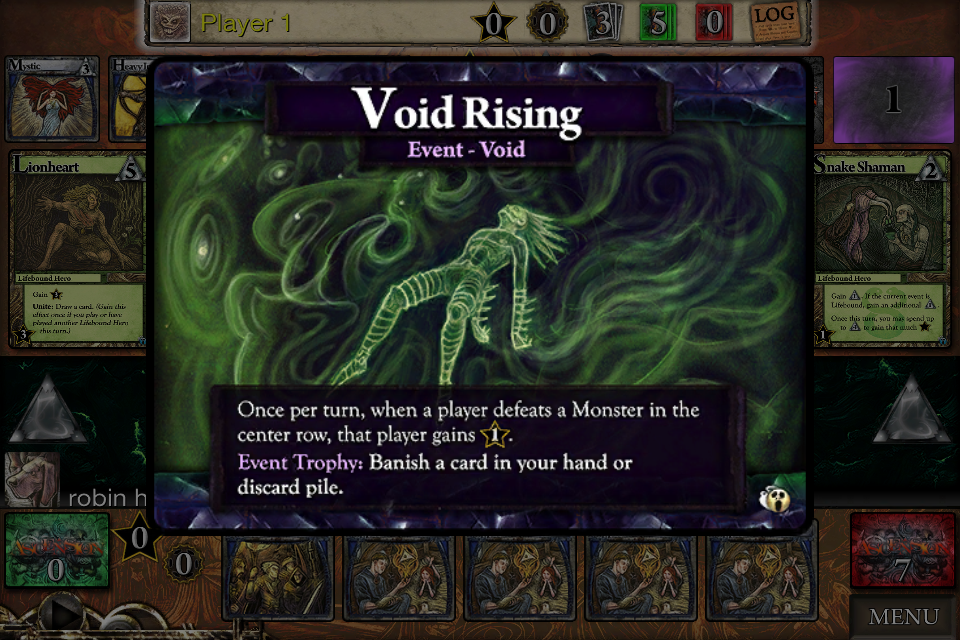 Immortal Heroes introduces two new mechanics -- trophy monsters and soul gems. Trophy monsters are monsters that can be sacrificed (usually), once you have killed them for an additional effect, possibly during another turn. Soul gems are temporary cards which can be earned through playing various card combos or sacrificing a particular trophy monster or whatever -- they are played on the turn you use them, but are generally not too powerful or inspiring. Both of these mechanics are fun and inject more strategic variety into the game. Immortal Heroes can be played as a two player standalone, or combined with the other DLC and base game.

Which Should You Choose

Return of the Fallen is clearly the weakest of all the Ascension DLC, offering only extra elements of luck and randomness. It's nice, but a bit of a waste of time. The other two pieces of DLC offer a far more rewarding experience.

I usually play the game with all the DLC loaded up (you can enable or disable DLC on the new game screen) and it's a fantastic and rich experience, though a little bogged down as the enemy AI tries to keep track with all the options available to it.

The nice thing about the DLC on iOS Ascension is that it's much more manageable than the expansions for the cardboard version of Ascension. Having to manage, in real life, all the junk like fate cards, soul gems, event cards and fanatics is a huge pain in the ass and makes the game into a cumbersome and, sadly, a slow mess. In this automated form, you can enjoy the new content, while retaining the elegance and charm of the Ascension base game.
Email ThisBlogThis!Share to TwitterShare to FacebookShare to Pinterest
Labels: Digital
Newer Post Older Post Home
RobinDavid: Where I talk about boardgames and boardgame design.