"Not all Dice-Rolls are Equal": Using Dice in Boardgame Design

Recently I attended an event for play testing game prototypes. One game was about managing resources where players pretended to be inmates in a prison - an excellent idea - but the game as it stood had one large flaw (which is fine of course, because it was simply a prototype). Two dice were rolled to indicate which of the 11 prison cells would be searched by guards each day. This dice rolling was meant to simulate random searches, but it hadn't occurred to the designer (and several of the players) that rolling two dice does not give you a strictly random number between 2 and 12 - instead, numbers in the middle of the scale are much more likely to be rolled.

Today, I'm going to briefly look at how dice probabilities effect game design and game play and how we can work with these probabilities.

That's 36 possible combinations, of which there are 6 combinations that are equal to 7 and only 1 that is equal to 2. So rolling a 7 will likely happen around 6 times more often than rolling a 2.

It's obvious that the designer of the game I opened this article with should have found a different method of selecting random number - drawing numbers from a bag or rolling a single dice of a higher value. It's interesting to consider how these skewed probabilities can influence our gameplay strategies and design choices.

I don't play many games which require specific dice values as a core mechanic, but one popular game which does is Monopoly. Because players so regularly get sent to jail (thus it's the most common square for a player to start on) and rolling around 7 is the most probable outcome for a 2 dice roll, the orange properties are by far the best properties to own. 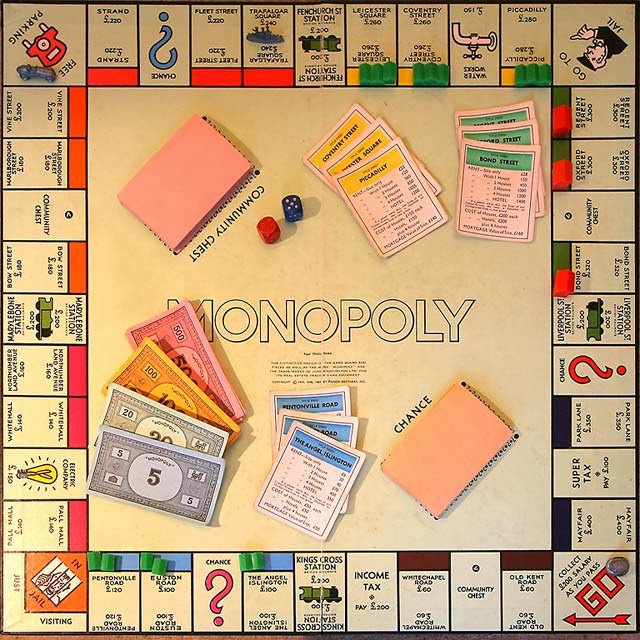 When designing games that use dice, it may be worth having 2 and 12 as the most powerful rolls (or rolls that effect a penalty). Whatever the effect of these numbers, it should be an effect that you want to occur only infrequently.

If you want truly random (equal probability) number generation, opt for dice with your desired values on them (in my opening example, the designer should have used a 10 or 12 sided die), drawing numbers from a bag, or a deck of cards which lets you draw number values.

The deck if cards idea is something I really like. Not only can you alter the frequency of a specific card value in a deck, but you also have the real estate to add more information to the cards - flavor text, other mechanics, and so on.

Probability plays a huge role in many games that have a luck mechanic - bear in mind, both as a player and a designer, that luck isn't always as straight forward as it appears.
Email ThisBlogThis!Share to TwitterShare to FacebookShare to Pinterest
Labels: Design, Dice based
Newer Post Older Post Home
RobinDavid: Where I talk about boardgames and boardgame design.