San Juan, much like Race for the Galaxy, is a game about expanding a mini-empire with limited moves, a dose of luck and a general sense of... yawn!

I may as well wear my opinion on my sleeve for this short review. I just don't get either of these games (Race for the Galaxy is simply San Juan in space, with a few more tricks thrown in). I just don't get what makes them fun. 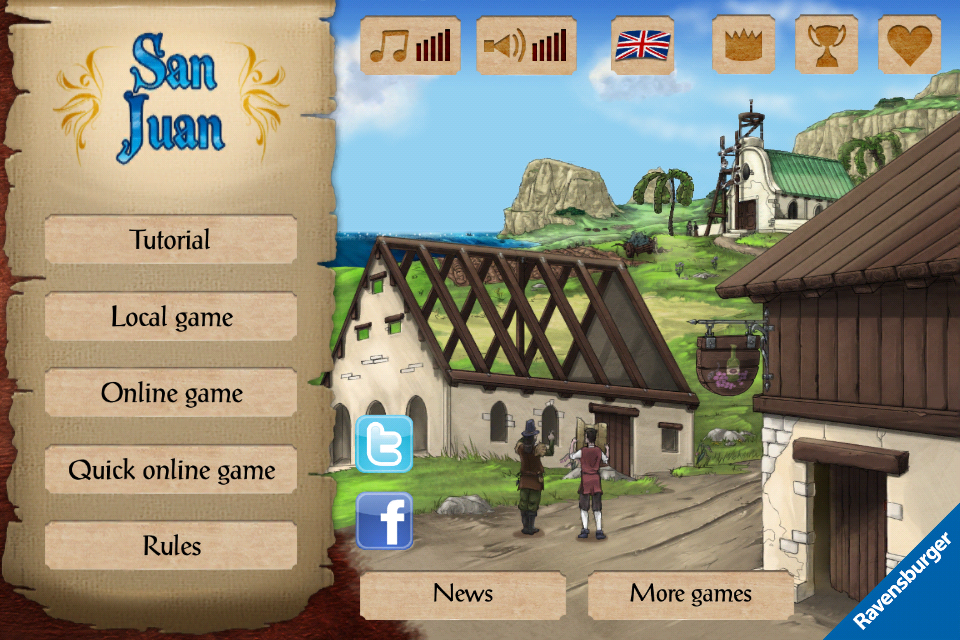 So players begin with a bunch of cards and each turn, they must select a role: builder (to build things in your little town), producer (to manufacture goods in production buildings), trader (sell goods and gain more cards), councillor (to gain fewer cards without the need to sell goods) and prospector (to gain one random card). In each round, there is a new starting player and the kicker is, each role can only be chosen once in that round. So if you're the third player, your moves are sorely limited. This means a lot of planning ahead and trying to figure out how your opponents will move. And it does mean a lot of purposeful sabotage, which, I admit, is always fun!

The game is finished when a single player has built twelve buildings, which seems totally arbitrary, and then victory points are added up. That's more or less it.

Now, I don't have anything against simple rules. I love games where you can just leap straight in and let the game speak for itself, but in San Juan, some of the rules just don't seem to have any rhyme or reason. For instance, the currency in the game is the unused building cards themselves. So when you build, you pay for it by spending potential buildings. I can see the potential for beautiful simplicity here, but it doesn't fit with the theme at all. This is made all the more evident in Race for the Galaxy, which reskins San Juan with a space theme and makes even less sense (why does a technology count as one of your twelve buildings, along with settling an entire planet?). But at least space is more exciting!

Aside from my gripes with the gameplay, the iOS game of San Juan is actually a very competent port. Things are generally clear (unless you're colour-blind, like me) and the game progresses quickly. The controls are simple and intuitive and once you figure out the different roles, it's a breeze. The AI is competent, but not wholly challenging. 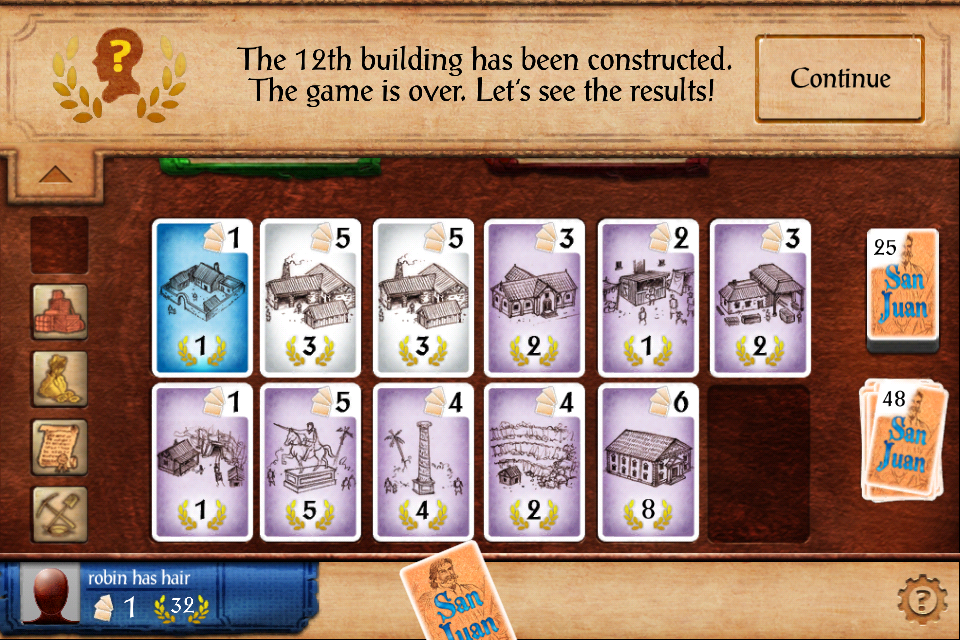 Overall, I was bored after a day of casual playing. I'd pass, if I were you. If you're into this gameplay, you should still totally pass on San Juan and hit up Race for the Galaxy instead, which improves on most aspects of the design and is at least remotely entertaining -- though it's only available as a real life, hold-in-your-hands, card game.
Email ThisBlogThis!Share to TwitterShare to FacebookShare to Pinterest
Labels: Digital
Newer Post Older Post Home
RobinDavid: Where I talk about boardgames and boardgame design.