A big name and a big deal: Talisman is now out on iOS and Android devices. I've checked out the iOS edition and here's how it goes down. 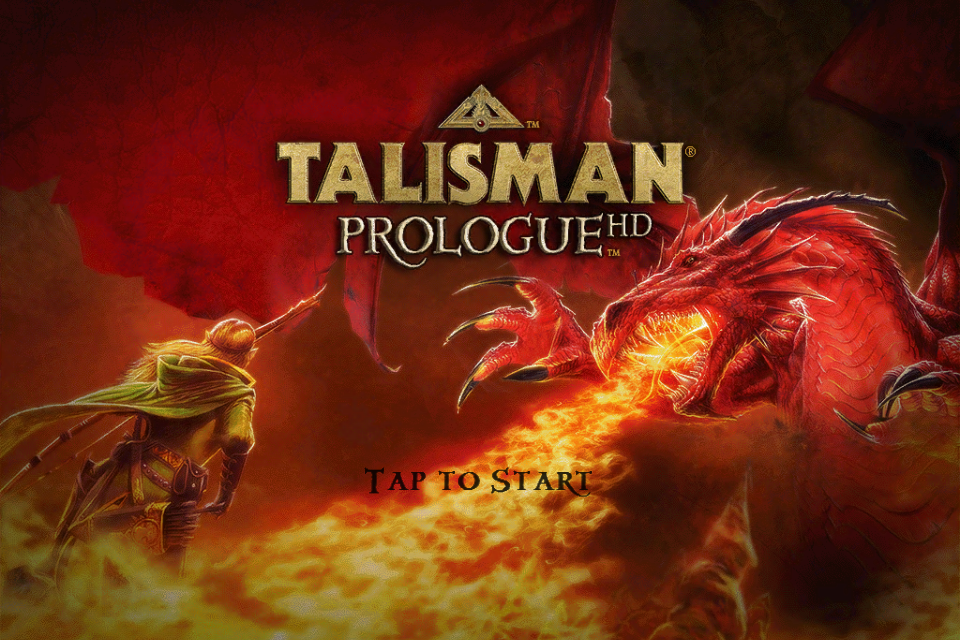 A bit of history! Taslisman Prologue is based on the old-old Talisman boardgame by Games Workshop. It was released in the 80s and has been re-released pretty much every ten years since then -- most recently as Relic, which takes the Talisman gameplay and wraps it up in a Warhammer theme. Unfortunately, I can't say I really care for the tabletop variety of Talisman. A lot of the mechanics used seem very dated, understandably, and it echoes a bunch of those long winded, rather dry boardgames of that era. 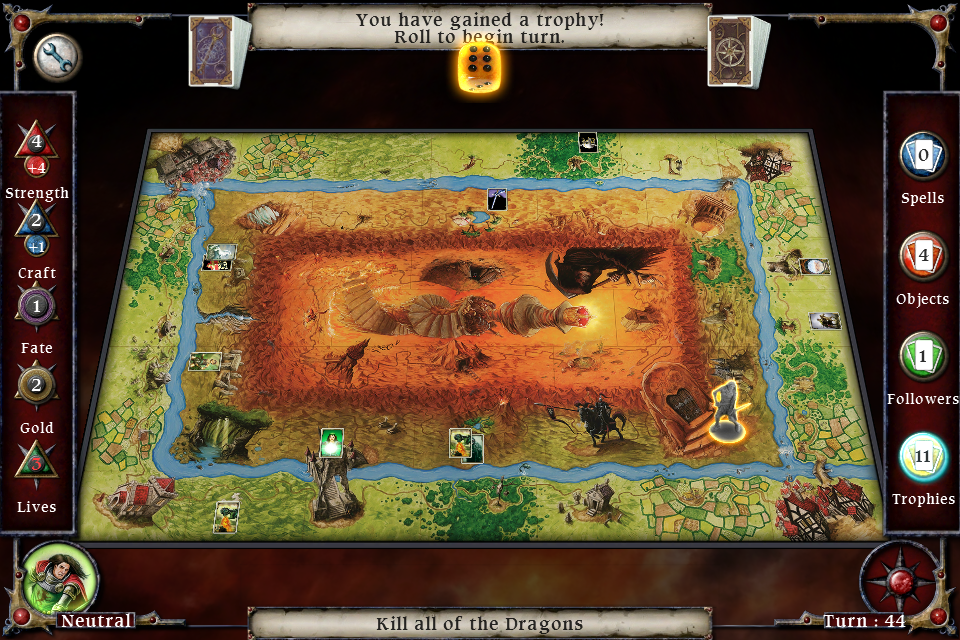 So in converting the game to iOS, developers, Nomad Games, have clearly tried to be faithful to original tone and theme of Talisman, while eliminating some of the original's more dated elements. Talisman Prologue is no longer geared around one long campaign, where players travel around the board, level up, venture into the scary mountains and beat up (or get beaten up by) some big ass boss character (sorry, I forget the exact details of the endgame). Instead, we now have a bunch of mini-quests, where we rescue princesses, or beat up mini-bosses, like a crowd of dragons. These quests do the job -- they're quick and filled with fun thematic elements. The original Talisman could take hours to play through -- and those hours quickly became repetitive and dull -- so this new quest system is a welcome and refreshing change. 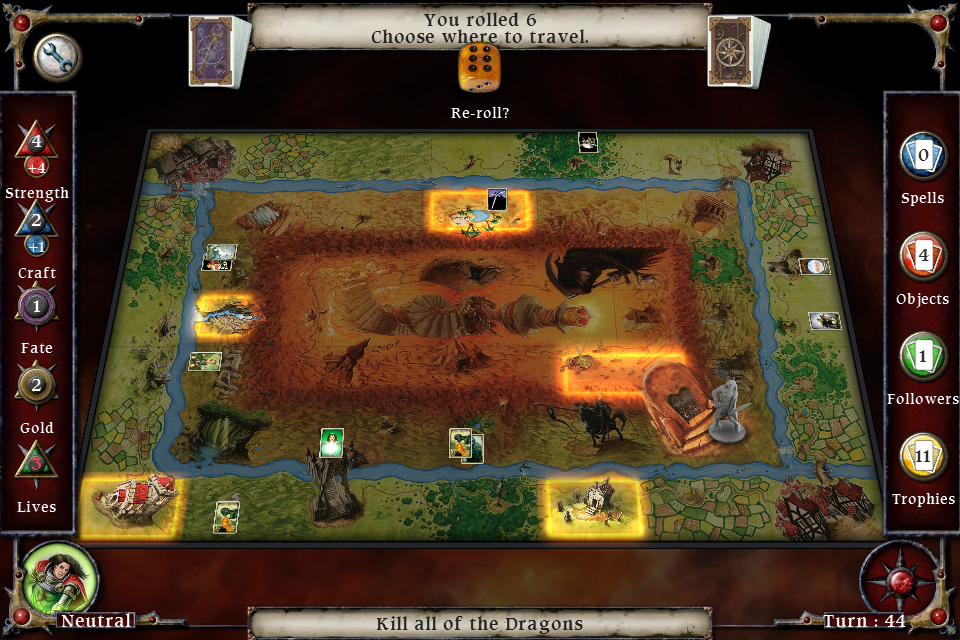 Talisman Prologue is basically a game of chance -- a dice roller. We roll dice to move, we pick encounter cards at random, we roll dice to attack. Subsequently  there is very little strategy here, beyond, "don't go into the desert or the mountains until you're big and tough." So Talisman felt very mindless, as we simply took turns to see how lucky we are. This meant that multiplayer Talisman was a total chore sometimes, as you waited for other players to make their moves, complete their encounters, and occasionally try to fight you. This iOS port has no multiplayer, so there's no downtime, and honestly, nothing is lost through that omission. I understand that multiplayer is on the way (for the non-Prologue game, most likely), but I don't think I'll bother with it.

The game does use the roll-to-move mechanic, which understandably gets a lot of hate and is largely absent from modern boardgames. Talisman Prologue exemplifies why this mechanic has died a slow death: it's incredibly frustrating and nothing to do with player skill. You will spend ages trying to land on specific tiles, missing, and simply choosing to move back and forth until you roll the correct number. It can be a huge pain in the ass, particularly since this adaptation scores you based on turns taken, which is almost completely out of your control. 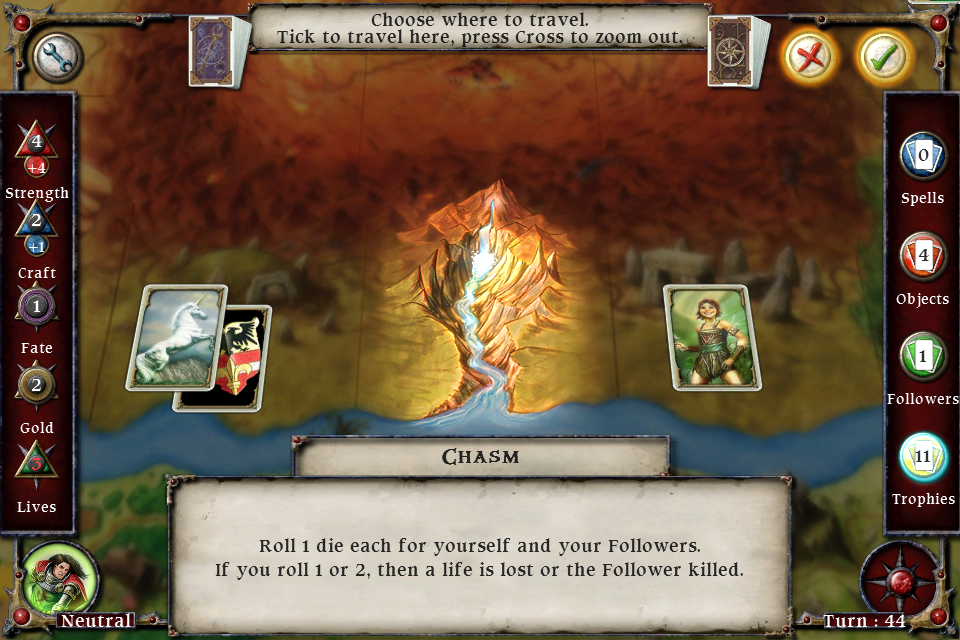 In technical aspects, this port of Talisman is very competent. Animations are smooth, some of the card and board designs are cool. Information, and there's a lot of it, is generally well conveyed, though you will have trouble with several quests if you can't figure out, for instance, which square is meant to be the castle. Some of the more complex rules are a little unclear -- particularly ones that apply to unique monsters -- and I've no idea how to claim the strength or craft bonus I should get after killing a bunch of enemies, like would happen in the tabletop version. Maybe that's a house-rule, which I'm wrong to use, maybe it isn't in the port, or maybe it's indicative of unintuitive controls.

I'm happy to report that this iOS port it completely playable by colour-blind players, just like the original tabletop version was. 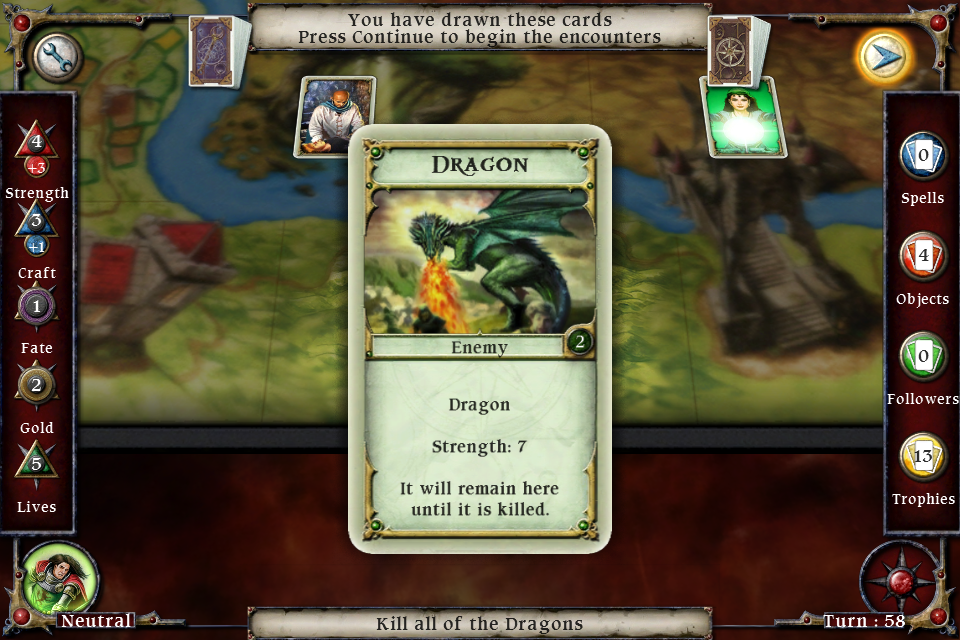 In summary, this is a pretty excellent port of a pretty dull game. If you liked Talisman, or other dice-based games, then you'll probably be fairly happy with this. Otherwise, it's probably best to pass for now. 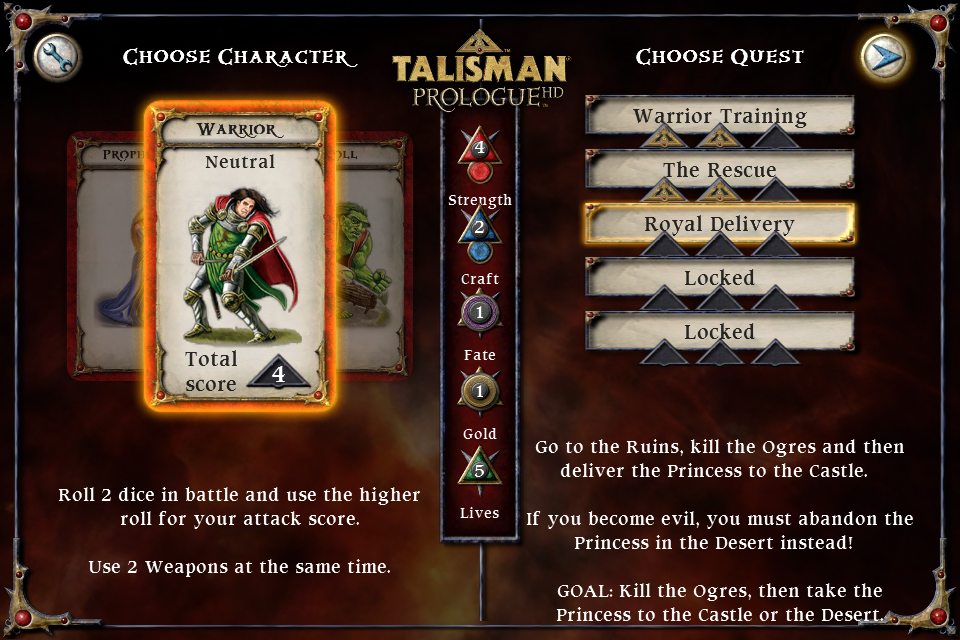